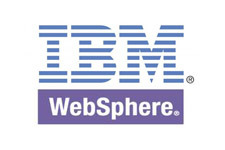 I’ve been doing some work with IBM WebSphere MQ recently. Specifically I’ve been helping to create a (temporary) reporting and monitoring tool which will periodically check channel status and depth of certain queues. While the application has it’s own command-line utility (MQSC) I’ve been trying to work using the WebSphere MQ Windows PowerShell library.

After downloading the file I followed the installation instructions, and immediately ran into the following error when trying to load the snap-in.

It seems that this was because I was running it in the (default) 64-bit PowerShell session, rather than an x86 session. This means that if you’re running reports, you need to specify the x86 version of PowerShell (on my system this is in %SystemRoot%\syswow64\WindowsPowerShell\v1.0\powershell.exe).

The CMDLets also require some server components to be installed (although it will not indicate that there’s anything wrong until running a command crashes your Powershell.exe session. I got it working with the options shown below (although I’m not entirely sure which were the critical components). 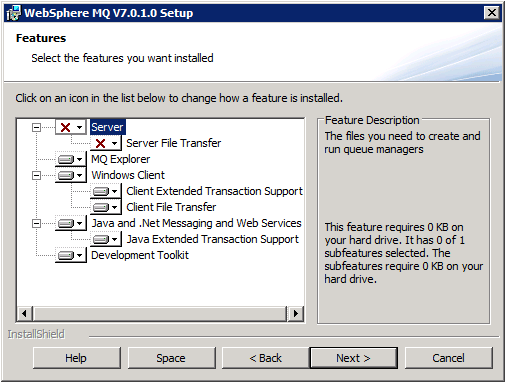 The documentation provided is pretty good, especially if you’re not used to PowerShell. There’s a “cookbook” provided in the ZIP file, which is filled with examples. These do tend to focus on running commands locally on the server, if you’re running commands remotely, it takes a bit of work to string the necessary commands together to check a remote queue manager.

I also noticed an issue with the Get-ChannelStatus CMDLet, where some channels return a valid status, others return nothing, but most would give me the following error:-

I believe this is a culture/localisation issue. I tried a number of workarounds based on that assumption, but couldn’t get anything to work. I ended up using a horrible cludge; using PowerShell to invoke the standalone MQSC client, then parsing the results back into a PowerShell object.

We eventually managed to get something which would get the required data, and - as it’s PowerShell, it could be presented easily in a any of a number of formats.